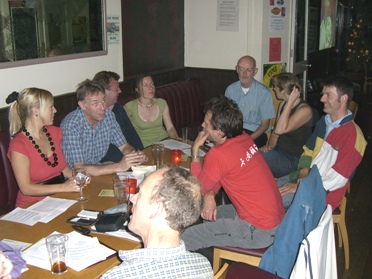 Lambeth Cyclists, the Lambeth borough branch of the London Cycling Campaign, meets regularly throughout the year on the third Tuesday of the month. The meetings take place in the upstairs room at the Priory Arms pub, 83 Lansdowne Way, London SW8 2PB at 7:30pm.

Our meetings are always friendly, informal and open to all.
Various cycling issues are discussed at our regular meetings, typically: