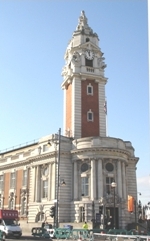 If you didn’t know by now Thursday 6 May is election day with the General Election. Of more importance perhaps to us as cyclists in Lambeth are the borough council elections being held across London, including Lambeth, that day.

Cycling in Lambeth has increased greatly over the past 10 years and we are fortunate that cycling has received support from administrations of all parties on the council. Measures such as low price cycle training, promotion in schools, installation of cycle parking facilities and the development of cycle routes in the borough have made a real difference and led to more and more people using their bikes. 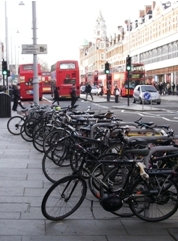 And yet cycling still is a minority form of transport too often thought of as the preserve of fast commuter cyclists and not for most Lambeth residents.

How can we change this? What policies do the parties standing for election propose to get more people cycling around Lambeth? Come and find out at the Lambeth Cyclists Husting Meeting on Tuesday 20 April 2010.

The hustings meeting will be a question time style event with representatives from the parties on the council outlining their approaches to cycling and wider transport policy and answering questions from Lambeth Cyclists members. A large turnout will show that cyclists matter – as residents of the borough and as voters – and allow us to build relationships with the leading politicians of all parties on Lambeth Borough Council. We have prepared a manifesto for cycling in Lambeth – see over for our main demands (a fuller version is on the website).


The Lambeth Cyclists hustings meeting will be held on Tuesday 20 April 2010 from 7:30 – 9:30pm at the Stockwell Community Resource Centre, 1 Studley Road, SW9 (behind Stockwell Underground station) Everyone is welcome – bring partners, friends,family, flatmates